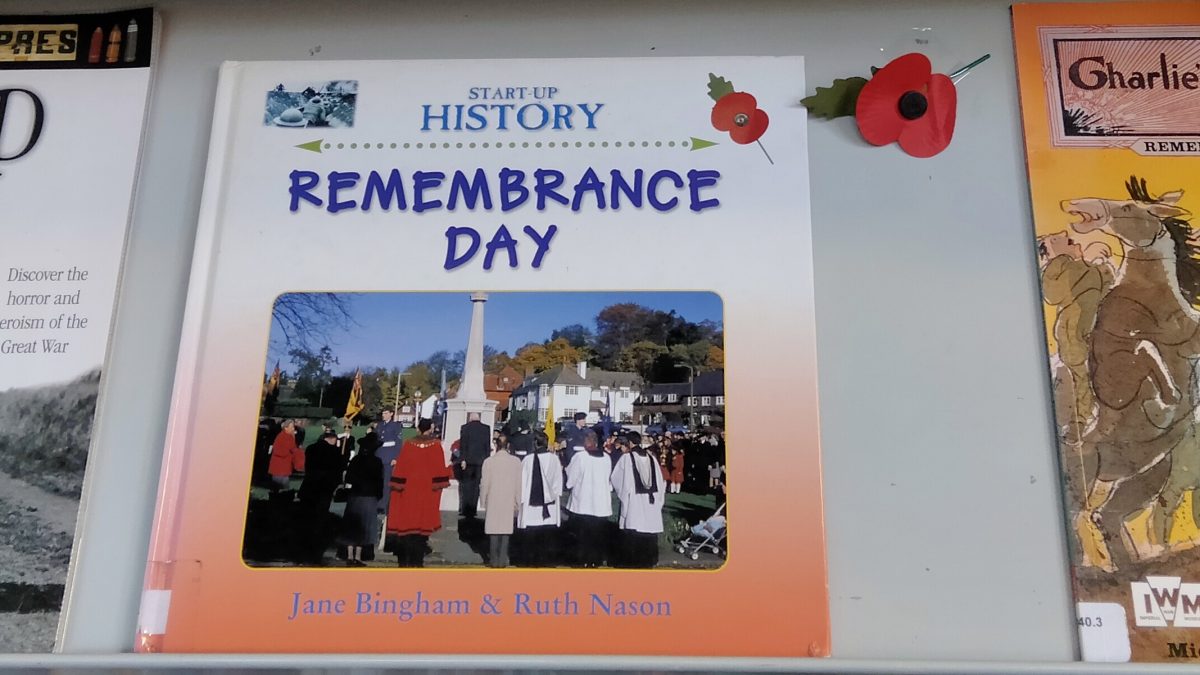 This is the story of Harry Donkin from Lavender Gardens in Jesmond.

After his initial training he was posted to France where he would have received further training in front line fighting conditions such as use of gas mask etc. But when his true age became apparent, he was removed from the front line as the minimum age for an overseas posting was then 19. He was returned to England, working in salvage, until October 1917 when finally aged 19 he was again posted to France.

By March Harry’s battalion was part of the 5th Army under General Sir Hubert Gough. It might have been involved in some forays over the winter, but the battle of Passchendaele ended October 1917, so Harry just missed it. On 21st March  the battalion was ordered to advance to Bethencourt. But on 22nd March a ‘hurricane of shell fire’ forced a retreat east along the line of the Somme. In the afternoon of 24th March the battalion again surged forward but machine gun fire was so intense the attack was halted. Brigadier-General Spooner was to be seen on his horse rallying the troops. Capt A C McMurtie ‘took innumerable risks to succour the wounded. [He] dashed over open ground to bring them back’.

From the 21st to 31st of March, 3 officers and 45 others were killed, 138 were missing and 287 wounded. One of those seriously injured was Harry.

He was admitted to a field hospital, then to a general hospital in Rouen with a gunshot wound to his back. His medical record described his case as ‘very difficult and very severe’. He returned to England on 1st April 1918 and died 17th May 1918 at Station Road Hospital, Gillingham, Dorset. He is remembered on a memorial in St Hilda’s Church, Jesmond 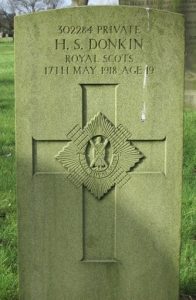 Harry is one of the 183 soldiers buried in a Commonwealth War Grave at St Andrew’s Cemetery, Tankerville Terrace, Jesmond. He is just one of the millions of soldiers who died in the First World War. Many more have died since in subsequent conflicts across the world.

On 11th November we will remember all those who have lost their lives to conflicts across the world throughout history.

In particular we will remember 19 year old Harry Donkin, the young bookseller from Jesmond.

With thanks and acknowledgments to Harry’s family who researched his wartime experiences and shared his story with Jesmond Library. 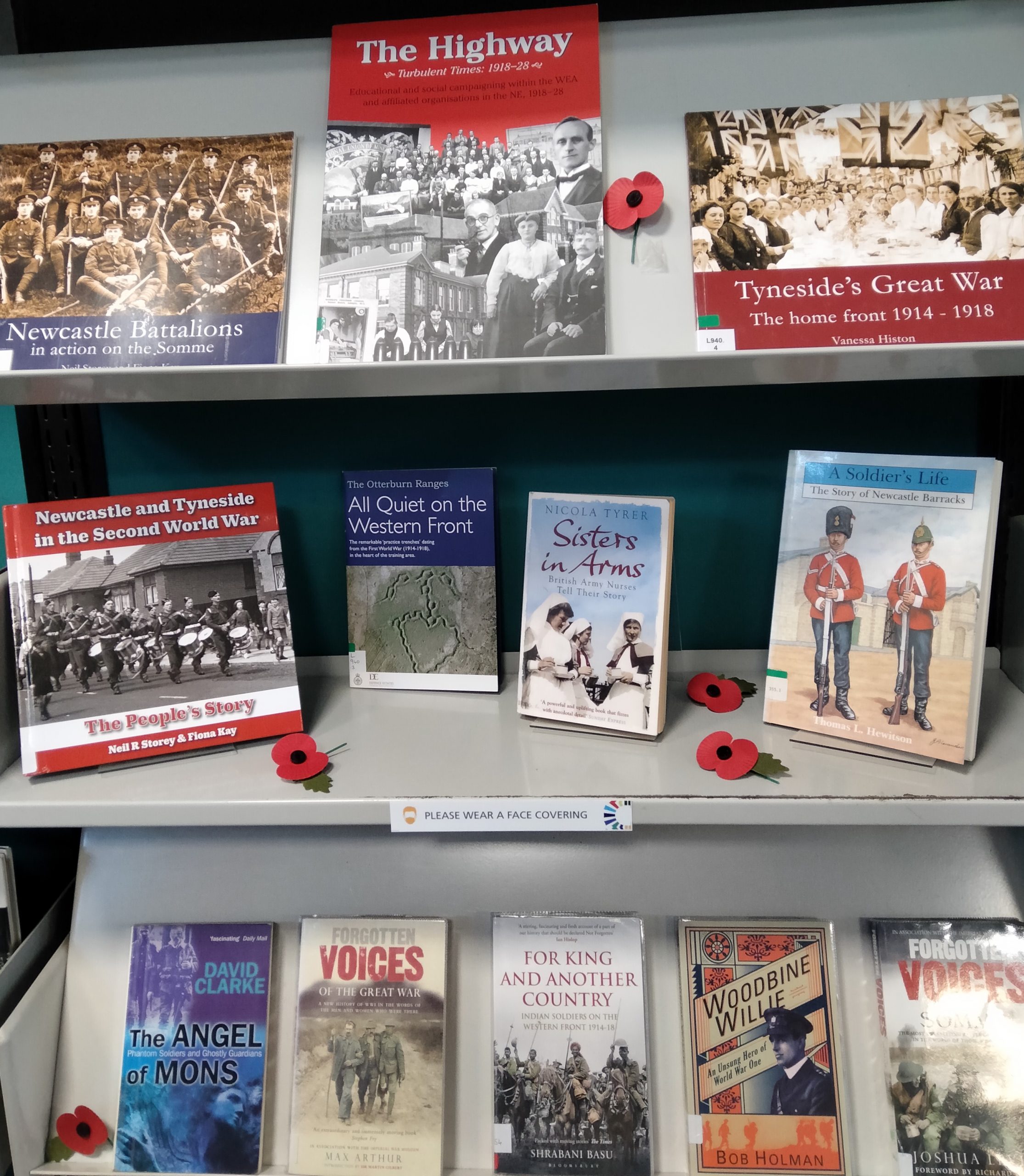 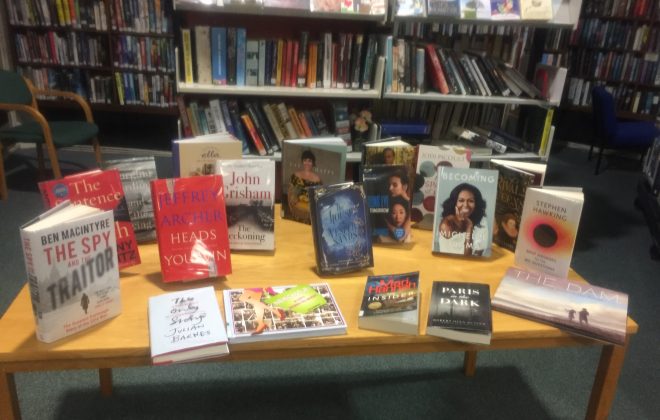 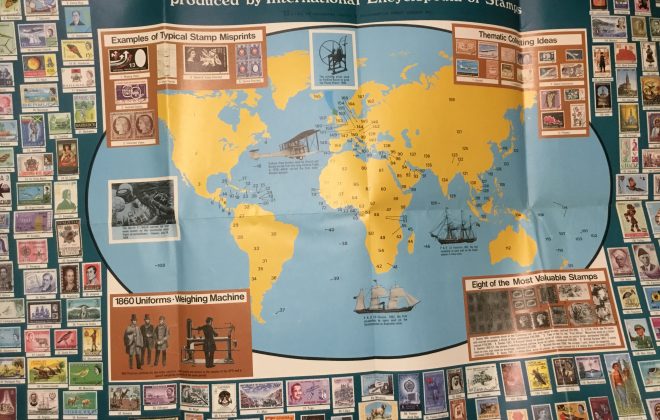 Philately will get you everywhere 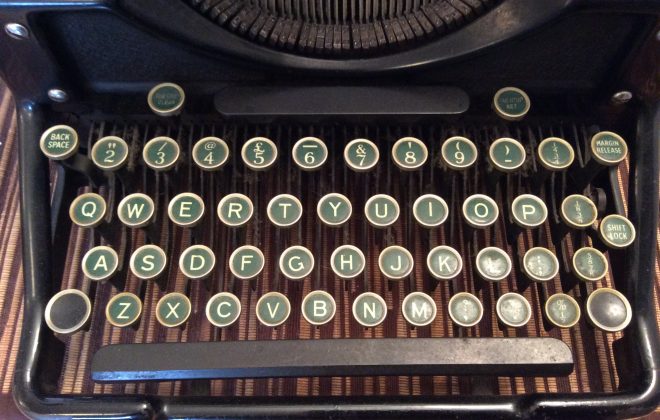