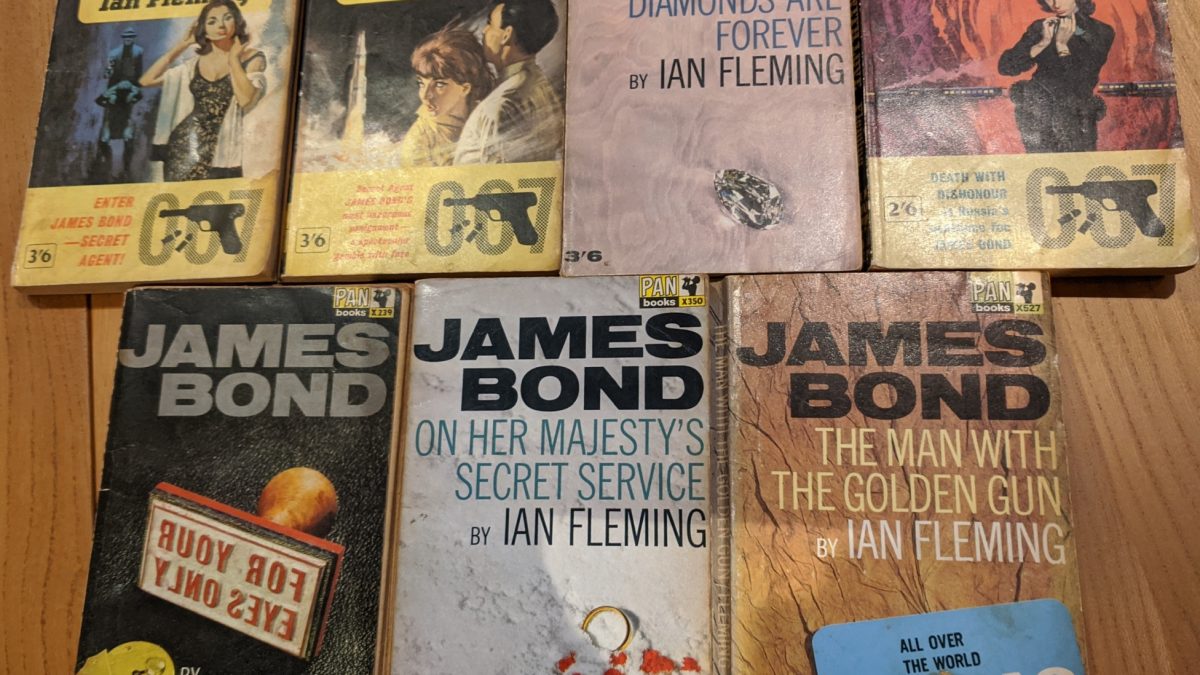 I Spy! – A Fantasy on Ian Fleming and his reading list 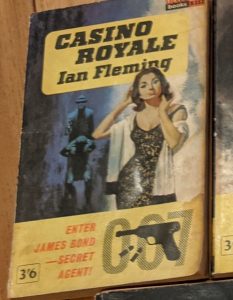 Fleming looked up from the Royal Quiet Deluxe typewriter, its gold-plated case gleaming as the last rays of the afternoon sun entered the open window of the study. Had someone come into the room at that moment they would have seen a strange aura surrounding the writer’s head formed by the sun’s rays playing on the floating, curling cigarette smoke reflecting on his face.

There was the glow of success to his look that afternoon as he leant back in the mahogany chair, a task well completed. It was finished he mused, ready now to be interrogated by the publisher’s editors in London. His fingers tingled from the exertions of completing the ending paragraphs of the new book. The pages were piled on the table in front of him. His fingers ran over the pages feeling the imprint of the typewriter’s letters on the thin paper.

He suddenly knew he was very tired from his efforts just as his alter ego James Bond had been in the book, but in his case, there was always a girl to brighten up the day or the night. Fleming’s eyes twinkled at the thought his future wife or his mistress were awaiting him. In ‘Casino Royale’ the femme fatale would be Vesper Lynd but there would be many others Fleming thought. Well only maybe, his editor had to respond favourably to this draft before another book could follow, c’est la vie as the French say.

Lifting his head, he looked out of the wide glassless window of his study perched as ‘Goldeneye’ was on a cliff high above Jamaica’s Oracabessa Bay. He had chosen this location for his home so that he could enjoy the ever changing views over the tropical garden, hear the surf hitting the beach below and see beyond to the iridescent sea in the distance, every day surrounded by bird song from the garden.

Time for a drink and he rang the brass monkey shaped bell at the end of the desk. Fleming placed the bell back on top of the pile of books he had acquired over the years. Spying and intrigue was his game and his collection reflected this long term interest. A waistcoated waiter sidled into the room, tray in hand, a female shaped glass carefully balanced. ’I think this is what you wanted, Sir, your usual’.

Fleming looked up and quizzed him. ‘If my usual is three measures of Gordon’s, one of vodka, half a measure of Kina Lillet and it’s shaken very well and it’s ice cold and has a thin slice of lemon peel in the glass then that is acceptable, if not No!. He sipped it and it was perfect, as usual.

Fleming leant back in his chair glass in hand and looked at the pile of mostly leather bound books on the study table. This acquired collection had accompanied him in a trunk on the liner from Southampton as he travelled by sea to Jamaica that winter. He spent his leisure time on the cruise reading books in preparation for his expected writing marathon. His intention was to write an espionage novel during this year’s Jamaican sojourn. Some of the books on the table had been written by colleagues in the service: some he knew personally, others by reputation. He wondered if his new offering to the genre would make the cut in future years when some clever-dick reporter was compiling a ‘best of’ list at the behest of an editor. 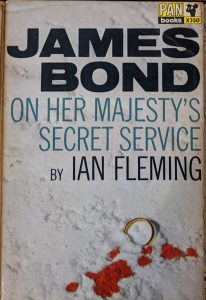 The pile was quite high. It included ‘Kim’ by Rudyard Kipling, ‘The Riddle of the Sands’ by Erskine Childers, ‘The Secret Agent’ by Joseph Conrad, ‘The Thirty Nine Steps’ by John Buchan, ‘Ashenden’ by Somerset Maugham, ‘Journey into Fear’ by Eric Ambler and ‘Assignment in Brittany’ by Helen McInnes. He thought this list would be added to all too soon. Rumours abounded around the corridors of  MI5 and MI6 that books were being written and approved, or not approved, about exploits of spies and their tradecraft during the War and, more recently, in what they were beginning to call the ‘Cold War’ where wartime allies were turning into the enemy. He was sure that Russia was being supported by traitors from within ‘the Service’. There was definitely something rotten at the ‘Centre’ and it needed to be rooted out – but not by Fleming, he was a free agent now.

Better get on with it then, he thought, before the marketplace gets too crowded.

Each year after ‘Casino Royale’ was successfully published in 1953, Fleming went on to write another thirteen more James Bond novels, with two more being completed by other writers after his death in 1964.

Many of the best known writers of spy literature have been spies: Somerset Maugham, John Le Carre, Graham Greene, Stella Rimmington including Ian Fleming himself. There are many others like Frederick Forsyth who were on the periphery of this murky world and those who have written biographies based on their own experiences here in the UK, the US and Russia.

It would be interesting to know if Mick Herron, the latest proponent of the genre and writer of the Jackson Lamb spy series, is also an insider.

We will remember them

The best is yet to be…